Blackheads are tiny, dark bumps on the skin that appear when the openings of hair follicles get clogged. These are prominently present in areas such as the nose (the most common), back, shoulders and chest. Blackheads contribute to the formation of acne and occur when dead skin cells, debris, and sebum get trapped in the pores. They appear black or dark in colour due to the oxidization of the melanin pigment present in the skin and not trapped dirt. Whiteheads are a milder form of acne that can appear round and bumpy with white tips on the skin’s surface. Whiteheads form when the pores become clogged with dead skin cells, dirt, and sebum. Eventually, a thin layer of skin covers the clogged pore with a white colored surface, and this is known as a whitehead. 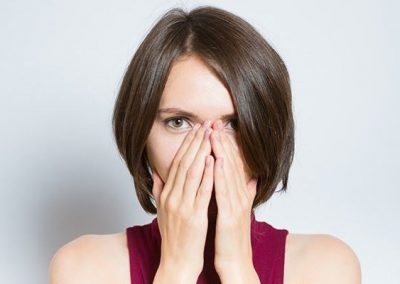